This entry is part 1 of 5 in the series

"Worship and the Missio Dei"

There is a lot of talk today about the Missio Dei–the mission of God. God is a sending God, the principle states, and the church–including its worship–is but part of that mission. Worship, therefore, serves mission. This series will evaluate this claim and articulate a biblical relationship between worship and mission. 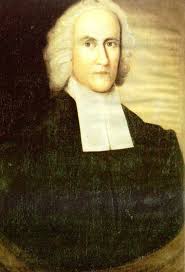 There is perhaps a no more thorough discussion of the motivations for God’s actions than Jonathan Edwards’s “The End for Which God Created the World,” and thus the categories he uses to describe different kinds of ends is helpful in this consideration.1 In answering the question of the end for which God created the world, Edwards distinguishes between “chief” ends (CE), “ultimate” ends (UE), and “subordinate” ends (SE). Subordinate ends are the means to ultimate ends, and an ultimate end is that which someone values for its own sake. Subordinate ends often lead to other subordinate ends, linking in a chain that progresses to the ultimate end of the sequence. So, for example, a woman may drive in her car in order to go to the store in order to purchase groceries in order to bake a cake. The driving, going to a store, purchasing groceries, and baking are all subordinate ends to the ultimate end of eating the cake. Also important to the discussion at hand is that Edwards suggests that some ends are both ultimate and subordinate to another end; in other words,

A thing sought may have the nature of an ultimate, and also of a subordinate end; as it may be sought partly on its own account, and partly for the sake of a further end.2

For example, eating the cake may be valued for its own enjoyment, but it also might serve the additional end of celebrating a birthday.

Edwards then distinguishes between ultimate ends and a chief end. A chief end, Edwards argues, is an ultimate end—it is an end valued for its own sake rather than the means to another end—but it is the highest of all other ultimate ends. He explains,

Two different ends may both be ultimate, and yet not be chief ends. They may be both valued for their own sake, and both sought in the same work or act; and yet one valued more highly, and sought more than another.3

But not all ultimate ends are themselves chief ends; in fact, with reference to God, Edwards argues that God has only one ultimate end, and thus everything else is subordinate (and thus inferior) to that ultimate end.

God may sometimes have regard to those things as ultimate ends, in particular works of providence, which could not in any sense be his last end in creating the world.4

This is important to the discussion since there are several ends mentioned in Scripture as motivations for God’s actions that do indeed seem like ultimate ends—Edwards specifically mentions public worship and “the work of redemption wrought out by Jesus Christ5 —but are nevertheless only consequential ultimate ends rather than God’s absolute, chief end. In other words, for Edwards, God’s chief end—his absolute ultimate end that motivated him to create the world—is his own glory; yet he has other ultimate ends that are inferior to his ultimate end, two of which are public worship and redemption.

This detailed explanation of God’s ends is helpful in evaluating the relationship of worship and mission. Missional authors emphasize the redemption of creation as an ultimate end for God, something in which he takes delight for its own sake. They do not argue that it is his chief end necessarily—most would agree that God’s chief end is his own glory—but they do imply at least that it is an ultimate end.6 Bosch is representative here:

Mission is, primarily and ultimately, the work of the Triune God, Creator, Redeemer, and Sanctifier, for the sake of the world, a ministry in which the church is privileged to participate. . . . Mission has its origin in the heart of God. God is a fountain of sending love. This is the deepest source of mission. It is impossible to penetrate deeper still; there is mission because God loves people.7

The implication seems to be stronger than this, however; by using the missio Dei language, missional advocates seem to believe that redemption is the highest of God’s consequential ultimate ends. Again, this can be clearly seen in Bosch, who argues that even theology itself serves the end of mission:

Just as the church ceases to be church if it is not missionary, theology ceases to be theology if it loses its missionary character. The crucial question, then, is . . . what theology is and is about. We are in need of a missiological agenda for theology rather than just a theological agenda for mission; for theology, rightly understood, has no reason to exist other than critically to accompany the missio Dei.8

The important question, then, is whether the redemption of his people is God’s highest ultimate end. We will turn to that question next week.

Scott Aniol is the founder and Executive Director of Religious Affections Ministries. He is director of doctoral worship studies at Southwestern Baptist Theological Seminary, where he teaches courses in ministry, worship, hymnology, aesthetics, culture, and philosophy. He is the author of Worship in Song: A Biblical Approach to Music and Worship, Sound Worship: A Guide to Making Musical Choices in a Noisy World, and By the Waters of Babylon: Worship in a Post-Christian Culture, and speaks around the country in churches and conferences. He is an elder in his church in Fort Worth, TX where he resides with his wife and four children. Views posted here are his own and not necessarily those of his employer.